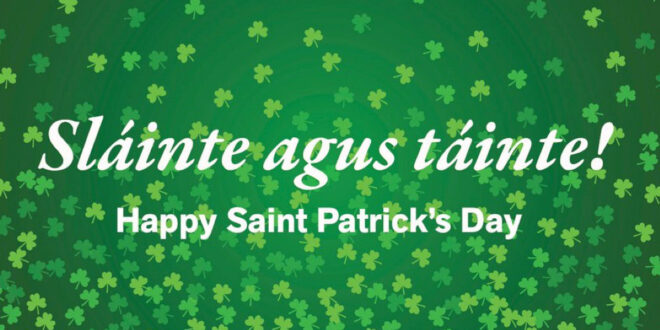 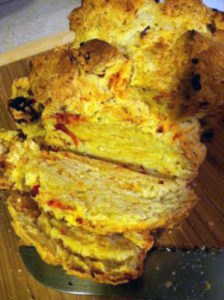 A cozy Irish meal, a pint of Guinness (or a nice Cabernet for the less brave), and a heavenly dessert will lead you over the rainbow to a romantic Irish evening.

St. Patrick’s Day is celebrated by the Irish (and Irish-for-a-day) all around the world. There is even a St. Patrick’s Day Parade in Moscow. Being Irish-Italian, St. Paddy’s Day is cause for celebration at our house. We never let the day escape without some hearty Irish fare and great conversation. One of the more controversial subjects surrounding this day is about the origin of St. Patrick.
St. Patrick was born of Roman parents who were living in Scotland or Wales during that time period. He was kidnapped and made an Irish slave as a child. His visions and his teachings made him famous throughout Ireland and he is widely credited with ending slavery in that country. Although the shamrock was his trademark, he typically wore blue garb as he witnessed to people in Ireland. The Ulstermen and other groups who opposed St. Patrick and his teachings wore orange in protest. He is also applauded for removing the serpents from the countryside, however many historians say Ireland never had snakes prior to that time period anyway. He is the patron saint of the downtrodden and gave hope to many of the poor and enslaved. It is said he died on March 17th, hence the celebration of his life and accomplishments on that day each year.
With his Roman parents, one might think we would eat Italian food on St. Patrick’s Day, but he lived in Ireland for most of his life. And don’t worry about trying to cook the traditional Corned Beef and Cabbage. That is just what Americans think the Irish eat, but it was more of a British dish. Irish stew, (ballymaloe or stobhach in Gaelic) is as Irish as food can get. Traditionally cooked with inexpensive cuts of mutton, the Irish now have as many recipes for Irish stew as Macy’s has paraders!
The following recipe is one I have used for years to throw together an Irish stew. This delectable dish practically cooks itself as it simmers to mouth-watering tenderness. The meat is so tender, the flavors so succulent, any Irishman will think you spent days preparing it. Put it on some rice, pasta (or egg noodles, as the Irish say) and this is a one-dish meal that is easy to prepare and even easier to clean up. Along with that, try the recipe below for a quick Irish Cheddar Soda Bread. No rising necessary.
For dessert, macerate some fresh berries with a little port and sugar and serve with a dollop of whipped cream. (One needs this lighter dessert after such a hearty meal!) A good cup of joe with a little Bailey’s Irish Cream would end this meal appropriately.

Well, if your Irish eyes are not smiling by now, raise your glass and give your friends this Irish toast:  May the Leprechauns be near you to spread luck along your way, and may all the Irish angels smile upon you St. Patrick’s Day. Have a happy (and safe) St. Patrick’s Day!

In a large pot heated to medium heat, add the salt pork. When it begins to render fat, add the vegetables. Saute until they are tender and the onion is translucent. Remove the vegetables to a bowl (leaving the fat in the pot). Heat the pot up to medium high and add the lamb (don’t overcrowd the pot) to brown it on both sides. This may take two batches. Add vegetables and all meat back to the pot. When it begins to sizzle again, add the Marsala wine, scraping the bottom of the pot with a wooden spoon. Add the beef stock, just enough to come about an inch above the meat, and simmer for 2 1/2 to 3 hours. Check the stew, and if not sufficiently thick, make a slurry with organic cornstarch and water. With the stew simmering well, add the slurry and stir rapidly to thicken. Add salt and pepper to taste. Boil noodles according to package directions. Drain and mix with butter. Serve stew over the noodles.

Ingredients
3 1/2 cups AP flour
1 tsp of baking soda
1 tsp of sea salt
1/2 cup of Irish cheddar, grated
2 TB butter, softened
1 1/4 cups of buttermilk
(6 sundried tomatoes, chopped, optional)
Method
Preheat oven to 375 degrees F. Grease a baking sheet or spray with cooking spray. Sift together dry ingredients. Making a well in the center, add all other ingredients. Stir with a wooden spoon until a dough begins to form. With clean hands, knead the dough for about 5 minutes and shape into a round. Place on baking sheet and cut an “x” into the center about 1/4 inch into the dough. Dust the top with a little flour. Bake until browned 45 – 50 minutes. Let cool on a wire rack. Enjoy with Irish butter! St. Patrick’s Day Myths And Tasty Recipes!
Share 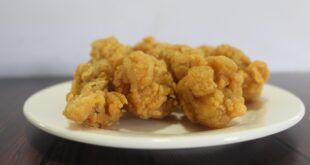 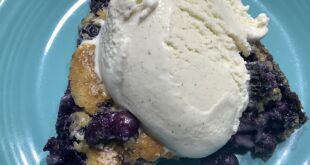 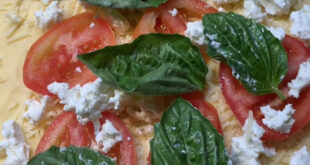 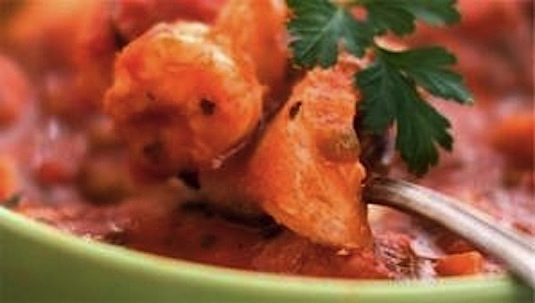