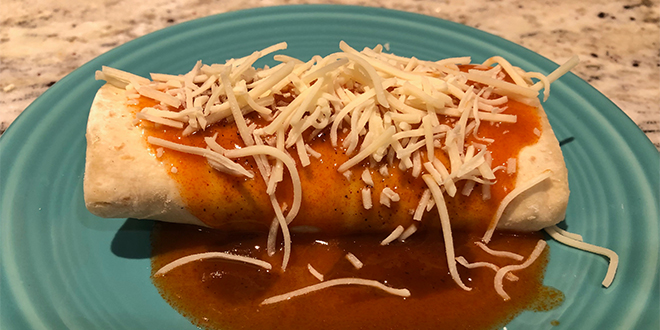 CLICK HERE FOR FROZEN BURRITO TASTE TEST AUDIO BELOW – Walk past the frozen food cases and you’ll see lots of different frozen burritos.  For our Cinco de Mayo edition of the Food Nation Radio Taste Test, we put four frozen burritos to the test and as you’ll hear, some are better than others!

Michael tried each; judging the tortilla, the beans, the refried beans, the cheese, seasonings and any veggies that may have been inside.  We also looked at the price and judged the overall value.

THE RESULTS ARE IN:

Amy’s Beans & Rice Cheddar Cheese Burrito
Highly processed refried beans are used as a cheap filler by the frozen burrito industry.  Amy’s doesn’t rely on that, instead the burrito is filled with actual organic pinto beans and rice.  Cheese is expensive but Amy’s doesn’t take shortcuts and her burrito has lots of cheddar that mingles nicely with the beans & rice.
Suggestion:  Take this burrito and use Elizabeth’s suggestions (after the taste test) you’ll have a terrific meal!
Verdict:  The most expensive of the four (but worth it) and without a doubt, our WINNER!

Patio Beef & Bean Burrito
Not looking at the ingredients list (which might be scary) and simply going by taste alone, this burrito was a very good (and cheap) alternative to the much more expensive Amy’s Burrito.  The beef was flavored perfectly and the peppers and onions gave this an extra punch of flavor.  The only reason this was not the winner was the fact that Patio uses more processed refried beans to fill out the burrito instead of stuffing it with real pinto beans.
Verdict: 2nd place.  At only $.48, a tremendous value.

Red’s Bean and Cheese Burrito
The tortilla shell is whole wheat and it’s got that going for it.  Inside the burrito, just bland refried beans and cheese.  The tortilla was the best part.
Verdict: Not horrible, but there are better choices.

El Monterey Bean and Cheese Burrito
The picture on the label is, quite frankly, misleading.  If there were real pinto beans in here I didn’t see them, simply a tortilla shell with very bland, unsalted and flavorless refried beans.  If there was cheese in it… it must have melted away into vortex of refried beans.
Verdict: If I remember my high school Spanish correctly, “El Monterey” means “king of the mountain” …  WRONG! I hope you enjoyed CLICK HERE FOR FROZEN BURRITO TASTE TEST 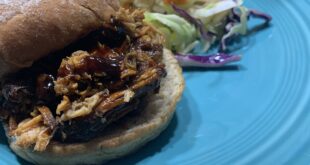 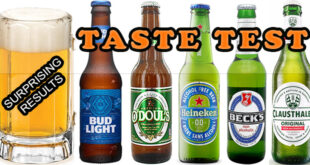 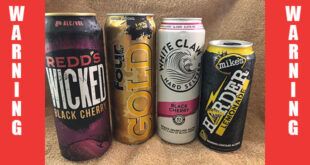 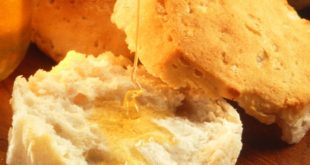